Welcome back to Underrated Trek, where I take a special look at Star Trek episodes that I love…which may not be the most popular or even liked by most. Star Trek has plenty of episodes which are less than perfect. But would you believe there's an episode so bad and so silly..that much like "The Room" it really has to be seen to be believed? This is... 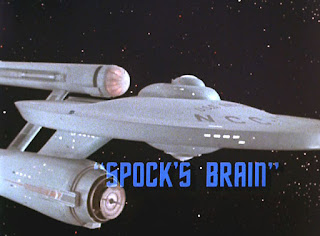 I said four years ago I would never talk about this one because I think it's as stupid as everyone else does. But what makes it "so bad it's good"? 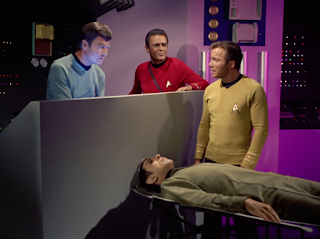 The Enterprise encounters a strange vessel which sends over a odd lady. The lady knocks out the entire ship, and when they all awaken Kirk finds Spock is missing. McCoy quickly reports that Spock is in sick-bay, but his brain is gone!

They have about 24 hours to find and replace the brain before Spock's body dies. After backtracking the alien vessel they find a planet which seems possible. A landing party beams down, along with the brain less Spock, and find a society under the surface dominated by women.

The women seem unable to perform the surgery needed to remove the brain. Kirk, McCoy and Scotty realize the brain is in control of the underground complex. Using a special device which enhances her skills, McCoy is able to restore the brain (with a little help from Spock himself!). Wow that synopsis sounds worse than the episode. 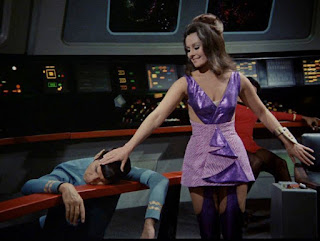 Marj Dusay surived saying nonsense like "Brain and Brain, what is brain?" and had a decent career. 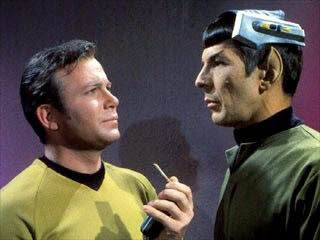 To be fair the first act isn't that bad. The teaser sets the mood well as the whole ship is rendered unconscious in seconds. We have an interesting mystery and the suspense is pretty high. The scene on the bridge where everyone is working to track where the brain could have gone is one of the better ensemble moments of the series in my opinion.

Deforest Kelley does do some decent acting here when he dons the teacher, the device which gives him the knowledge to repair the brain. I also give the writer credit for remembering without a brain Spock can't feel pain. I know that sounds obvious but considering some of the nonsense here the fact they remembered that is amazing.

Chekov and two guards are left on the surface, Kirk tells him they will be in constant contact. Then we never see them again. That amuses me. 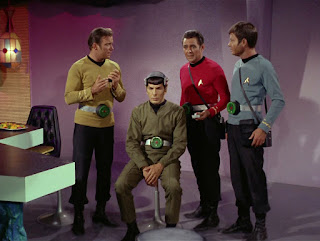 I think the real goofiness starts when the landing party beams down to the planet. And McCoy beams down with the mindless Spock. That he can control by remote control! Trying to figure out how in the world McCoy was able to set this up is a mystery to me. I mean. how does that work?? It may have been more believable if the remote wasn't the most basic thing ever, just a few buttons. It gets worse when Kirk can pick up Spock's disembodied voice on his communicator. Even I know why that is ridiculous.

Kirk, McCoy and Scotty are given pain belts and Kirk gets to do some of his best hamming when the belts are activated. The society under the planet is run by women, but the women are simple minded without the enhanced knowledge of the teacher. Yeah, nothing sexist there. They tried to force a lesson about the men and women coming together (men live on the surface) but it fails.

And then we get to the silliest part of the episode. When it's time to surgically restore Spock's brain. They do try to make it believable that McCoy could possibly do this surgery, but that is lost when Spock begins to talk and literally walk McCoy through the rest of the surgery. Yeah he is fine, his hair isn't even out of place, and you can tell at the very end even the actors weren't taking the episode seriously.

Finally, believe it or not there was some potential here to explore some drama especially Kirk dealing with the loss of his friend. The episode touches on it but never really explores it. Thank goodness for TWOK. We also could have explored how Spock might deal with the experience of being disembodied, instead all we get is a gag at the end of the episode. We don't even get Kirk and the others dealing with the void caused by Spock's absence with the whole "voice over the communicator" nonsense. The closes is Kirk calling Scotty Spock by mistake. I don't think this episode would have ever worked, but they could have made something out of it. 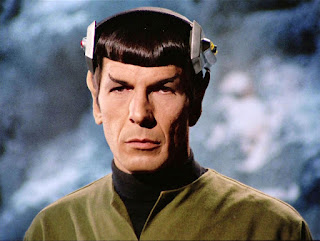 You can take the top of the third act and toss it. Nothing really happens in it. Its just the four hamming it up until they stumble onto where Spock's brain is being housed. The act ends with a phaser being held at Kirk. How does he get out it? So easily you'd call it lazy. 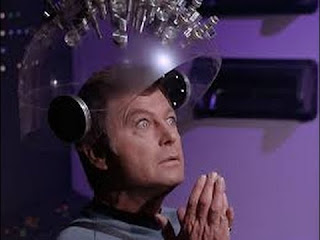 Final Thoughts: Unlike some bad Trek, like Threshold for instance, or even decent episodes which are a bore, this episode is fun to watch. But n the end it's still a bad episode with nothing going for it but bad writing and awful acting.. 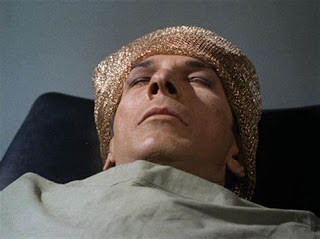