I said I was done with these but couldn’t pass this one up. It amazes me how a silly sketch show managed to give us one of the most complex characters you’ll see on TV (from the old days). The show of course was "The Carol Burnett Show". It's even more amazing that she didn't appear until Season 6. "The Family" segments replaced the lame "sister" segments and were, obviously, a lot more memorable.

Eunice is made funny of course because Carol Burnett is a funny lady. With her exploding temper and the way she could convey things just with her eyes. But she was also a actress so there is always some drama within the comedy. The sketches, and there a few of them, did a lot more than just give us something to laugh at for fifteen minutes. This felt like a genuine dysfunctional family and the laughs came not from jokes but from the situation. Little wonder it seemed obvious making a sitcom out of it.

Email ThisBlogThis!Share to TwitterShare to FacebookShare to Pinterest
Labels: Favorites

One thing I haven’t done enough is take some TV openings and review them. So far, I have only done this with The Cosby Show, the TGIF shows, the Disney anthologies, and an article where I discussed how theme songs evolve with the series. So I decided, it was time to try this again. (and yes, Nostalgia Critic did this idea once too).


This is just an experiment of sorts, but if I like it maybe I will do more. No order or common theme, just throwing out an opening and reviewing it. And I will stick with sitcoms this time around. Yes it’s true sitcom openings are hard to review because they are usually so generic. But let’s give it a shot anyway.


Night Court is one of those themes that tries to trick you. It looks like its going for a gritty realistic cop show. Then the jazz music kicks in, and you can tell it’s not that. It’s amazing how well this music sets the tone for whole series. The visuals are limited. All we see is our actor smiling mixed with quick shots of New York at night. And yet, the tone is set perfectly!

It seems almost ridiculous that world famous music made centuries ago by world renowned composers would fit in with a modern commercial for some random product. But, it works! Not only does it work, but very often the music will suddenly be synonymous with the products its selling,

The William Tell Overture
This is one of the most overused pieces of music ever. Even appearing in everything from Lone Ranger to The Brady Bunch (twice!).

Email ThisBlogThis!Share to TwitterShare to FacebookShare to Pinterest
Labels: Commercials

One thing Disney has always excelled at is there adaptations. In fact more movies than you may even realize are adapted from existing novels and fairy tales (101 Dalmatians for instance, “The Hundred and One Dalmatians by Dodie Smith”). It takes a lot to take a story that has been adapted a million times and do it well enough so people almost forget there was an original source. So what I decided to do was list the ten films that I think adapted the source material the best to the point where they were really close to the source and maybe even elevated it a bit.

This will not include Lion King (I don’t think it was meant to be a spin on Hamlet or Kimba) or Frozen (I’ve heard its connection to Snow Queen is tenuous at best). Princess & The Frog made a lot of changes and Pocohanta was more American History than a novel (besides it gets so much wrong it’s ridiculous). And let’s forget about the lame live ation re-make’s here, FYI the Lion King one was painful.

To be honest this barely makes the lsit, the changes to the Hans Christian Anderson story being so great. It seems the only think Disney kept was Ariel’s motivation, to be human. Just about everything else is changed including the ending where sacrifices her life. Some things from the love story are still there, but not a lot.

Email ThisBlogThis!Share to TwitterShare to FacebookShare to Pinterest
Labels: Disney

This is going to be my last favorite character article for awhile, I’ve kind of run out new characters to talk about (aside from the one’s I’ve discussed at length elsewhere), so decided to conclude for now with two heroes I’ve spent a lot of time discussing over the years…

Gonna try something a little different today. So far I have talked about single characters that I liked. Now when we have ensemble tv or movies, very often it’s that one character that stands out. Sometimes however, you get an ensemble where the characters need each other to be good characters. For example, when Gabe Kaplan left Welcome Back, Kotter the show sucked. The Sweathogs were the same, but without Kotter the characters didn’t click the same. Another sitcom that you can argue is like is one of my favorite sitcoms ever…. 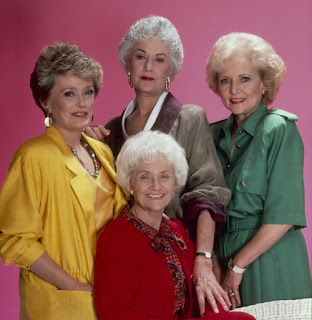 Email ThisBlogThis!Share to TwitterShare to FacebookShare to Pinterest
Labels: Favorites

I debated on doing this one. But then Cinema Snob released a long review of “The Stand”. That’s the Steven King story where the government loses control of a super virus which wipes out 95% of the population. So, after watching that this little article didn’t seem so bad.

With the words floating around like “pandemic” you can’t help but remember the various virus outbreaks in movies and TV. From the move “Outbreak” to the various viruses on the Star Trek series (Naked Time, Genesis, Babel…just to name three), this has always been a popular topic for fiction writers. Sometimes it’s to set up a moral, other times it’s just something different. And of course, that includes comic books! Here are a few times when a virus was unleased on the DC universe. And yes Marvel has done this too, but I’m a DC guy. 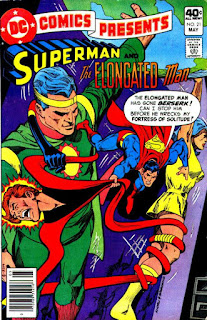 This was at a time when aliens had to be thrown into every comic plot. As an example, Ralph & Sue Dibney stumble across a town where aliens are spreading a virus that turns humans into the same aliens. This is there method of reproduction. Ralph, or Elongated Man, finally reaches out to Superman who helps find a cure. The other problem with this issue is that it ends on a cliffhanger which is never resolved.

I commented last time that just because what the creators did with a certain character may not work for you, doesn’t mean the character is irreparably damaged. I got to thinking of a character that I feel that way for. While what they established in the most recent story was weak, does that mean I no longer like the character? Let's talk about…

I loved the 80's and 90's and miss them. These were the best times of my life so I want to share with you the memories of that era from sitcoms to movies to just about anything else! Besides my general discussions of things past I have several sub-categories with regular blogs including What I love in the 80's, episode guides and special face offs. Also have a series called Random Thoughts which covers current things in a more random, little less structured format. I hope you enjoy my reviews and opinions and welcome all debate or criticism. So take a look around and relive some great memories!