Five Actors Who Appeared in Two Shows at the Same Time

One common TV trend is when an actor or actress appears in two different shows that are on at the exact same time. Even more amazing when the two shows are on different networks. There are a ton of examples of this happening including Heather Locklear appearing on TJ Hooker and Dynasty to Armin Shmmerman doing double duty on Buffy and DS9 to more modern examples like Alison Brie appearing om Community and Mad Men at the same time. It can't be easy to be bouncing from studio to studio, not to mention character to character, but it's been done.

Here are five examples of what I mean. And to be clear these aren't actors doing taking a break from their show to do a one time character as a guest star. These actors had multiple appearances on both shows as regulars. 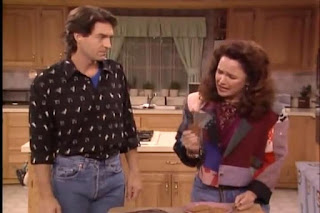 I once read an article where Edwards talked about how crazy it was bouncing between studios. And in this case, networks. Saying she probably had the other shows script with her. On Blossom she played Sharon, who was Six's mother. And of course at the same time she was playing Vicky, Danny's long term love interest. 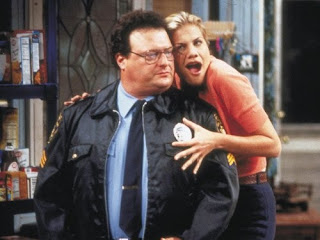 We all know this one! It makes sense since Newman was hardly in every episode of Seinfeld, so there was plenty of time for him to got o the next studio in order to play Officer Don on 3rd Rock From the Sun. Don was basically Newman if he were a nice guy, and not a postal worker but a cop.

Lisa Kudrow (Friends/Mad About You) 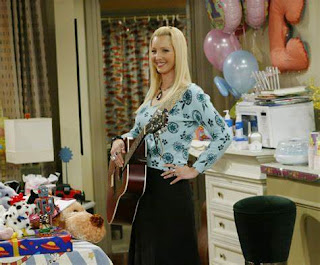 True this didn't last very long. I get the feeling Kudrow didn't have the time to keep appearing on both shows, and there was a stretch when Ursula kind of vanished from MAY. But she still did both shows, alternating from Phoebe to Usual. My favorite is when Kudrow appeared on MAY having to hide the pregnancy she was free to show on Friends 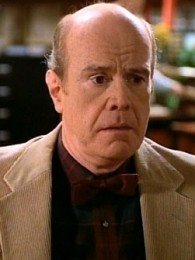 Kimmins is another one of those character actors that people never remember. Until you scroll through their imdb page and realize how many things you've seen him in. He appeared in lots of stuff but in this case he was Howard Burleigh on Coach the same time he was Dr.Klein on Lois & Clark-The New Adventures of Superman. 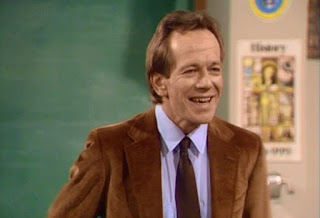 Another character actor who doesn't get enough respect. This guy was always funny with his deadpan delivery. Whether he was playing grump Sam Gorpley on Perfect Strangers or the frustrated Principal Dewitt on Growing Pains. If you had Mike Seaver as a student you'd be frustrated too. This is a favorite of mine because of the subtle ways Anderson was able to make Gorpley so different from Dewitt.

There are a ton of these out there, from Chris Meloni appearing in Law & Order and OZ at the same time to Kelly Rippa doing her daytime talk show the same time she was making "Hope & Faith" to soap operas where this happens a lot. If I missed your favorite let me know. Course, one thing more impressive than this is appearing on a TV show the same time as making a movie! But that's a subject for another day.